After promises of a wireless charging kit, expensive 3rd-party options, getting a semi-official version months and months later from Samsung/Verizon and numerous delays, I decided to stop waiting. I don’t particularly care for wireless charging, I think it is pretty cool, but it is a bit slower than just plugging in a device. The cost has been a major issue for me, even if the device came with it built-in like the Lumia 920 and Nexus 4, the docks cost 3x as much as a standard wall adapter, I just didn’t think it was worth the money. 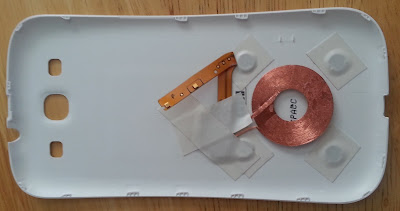 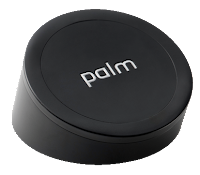 A few years ago the world, okay, the tech world, was caught off guard by the newly announced Palm Pre, it was to be a resurrection of the Palm brand. Along with the new software and, at the time, impressive new hardware, the Pre brought with it a wireless charge kit, you could spend $50 to get a replacement battery cover and the dock. Unluckily for Palm, the devices, and to a lesser extent their software, never made a significant impact on the market, Android and iOS dominated and crushed Palm’s aspirations. Luckily for me, and many others, the Palm Touchstone docks are real cheap, between $8-$15 a piece. The battery covers are even cheaper, between $1-$8 and come in a variety of colors and styles. 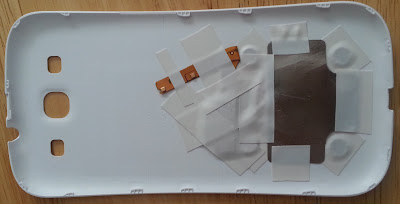 I found this handy guide online (thanks XDA!), that outlines all that is needed to transplant the innards of a single Palm Touchstone enabled battery cover onto my Galaxy S3. This doesn’t not work with most phones, so unless you have a GS3 you may have to go with a sled or complete battery cover replacement to get the same result. Since Samsung announced the availability of wireless charging for the GS3 it comes prewired for a replacement cover that would just snap into place. There are two nodes on the back (inside) of the device which makes this hack a breeze. 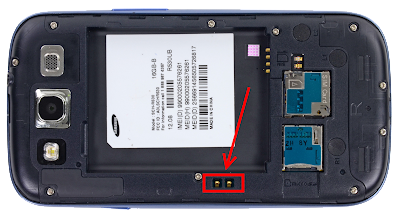 I’m not going to do a tutorial I just wanted to show off and explain my experience with doing the hack and my results. The guide was easy to follow, I ordered a battery cover and dock, when they came in, I got to work. The battery cover was surprisingly easy to deal with, I pulled up all of the important pieces amend popped out the magnets. Then lined up all the pieces within the back of my phone and taped them down. After figuring out where to buy copper tape (Hobby Lobby or other craft stores, apparently it is used for Stained-Glass window making…), I added the final pieces, snapped everything together, and hoped for the best. 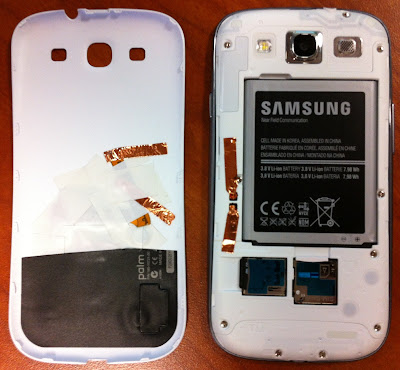 It didn’t work at first, I had to re-align the copper contacts to get them to line up just right and not cross over. Then I dropped it on the charger, everything lined up correctly, the device snapped into place, the screen came on and began charging. Awesome! It took about $15 and about 30 minutes to complete the hack. The back cover now bulges out slightly but everything snaps down and it looks the same to the untrained eye. I only have one dock for the time being, and it is great being able to just pop it on the dock right before bed and not have to fiddle with the cable in the dark. Daydream (available in Jelly Bean 4.2) allows the clock to display after the phone begins charging, now I have an alarm clock that I can actually see while laying down in bed. If you have a GS3 and are wanting to have a little (somewhat risky) fun with your device, this is a great and cheap hack, easily reversible, unless you snap the thin battery cover while removing it. Or you can wait for the Galaxy S4, which will, just as Samsung promised with the GS3, have a wireless charging kit available for purchase at/or around launch.